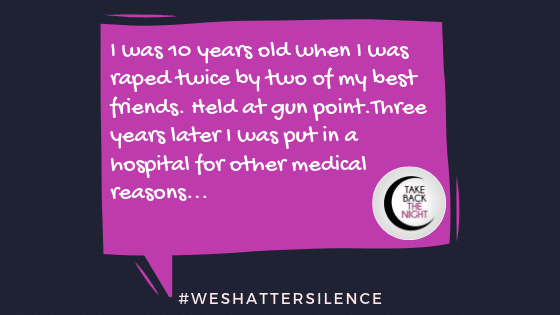 I was 10 years old when I was raped twice by two of my best friends. Held at gun point.Three years later I was put in a hospital for other medical reasons,And then I told them what had happen to me. They told the authority. But it was to late by then. Because the night it happened the guys moved.And the people stopped looking for them, I told them where they moved to but they did not listen.But i’m NOT staying quiet NO more!!!

16 Years Old in Oklee, MN | #WeShatterSilence | Let This Story Be Heard By Clicking...
Scroll to top